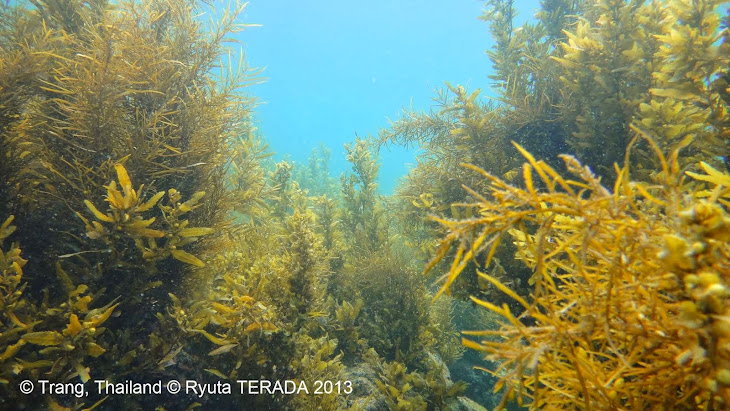 
Introducing a rare species of the red alga, Leptofauchea leptophylla that can only be found in this spring period of Kagoshima Bay.
This is quite tiny but beautiful alga that can be found on the rocks at more than 10m deep.

After the original description (Segawa 1941) from Kodu-shima Island of Sagami Bay in 1941, the record of this species was lacking for many years. However, the presence of this species has been known in Kagoshima (Noro et al 1989), and currently, those of Kagoshima Bay is regarded as the sole population for this species in Japan, and it can only be observed in the Spring period. Characteristic systematic status of this species was recently reported by the following article.
Suzuki M, Nozaki H, Terada R, Kitayama T, Hashimoto T, Yoshizaki M 2012. Morphology and molecular relationships of Leptofauchea leptophylla comb. nov. (Rhodymeniales, Rhodophyta) from Japan. Phycologia 51(5): 479-488